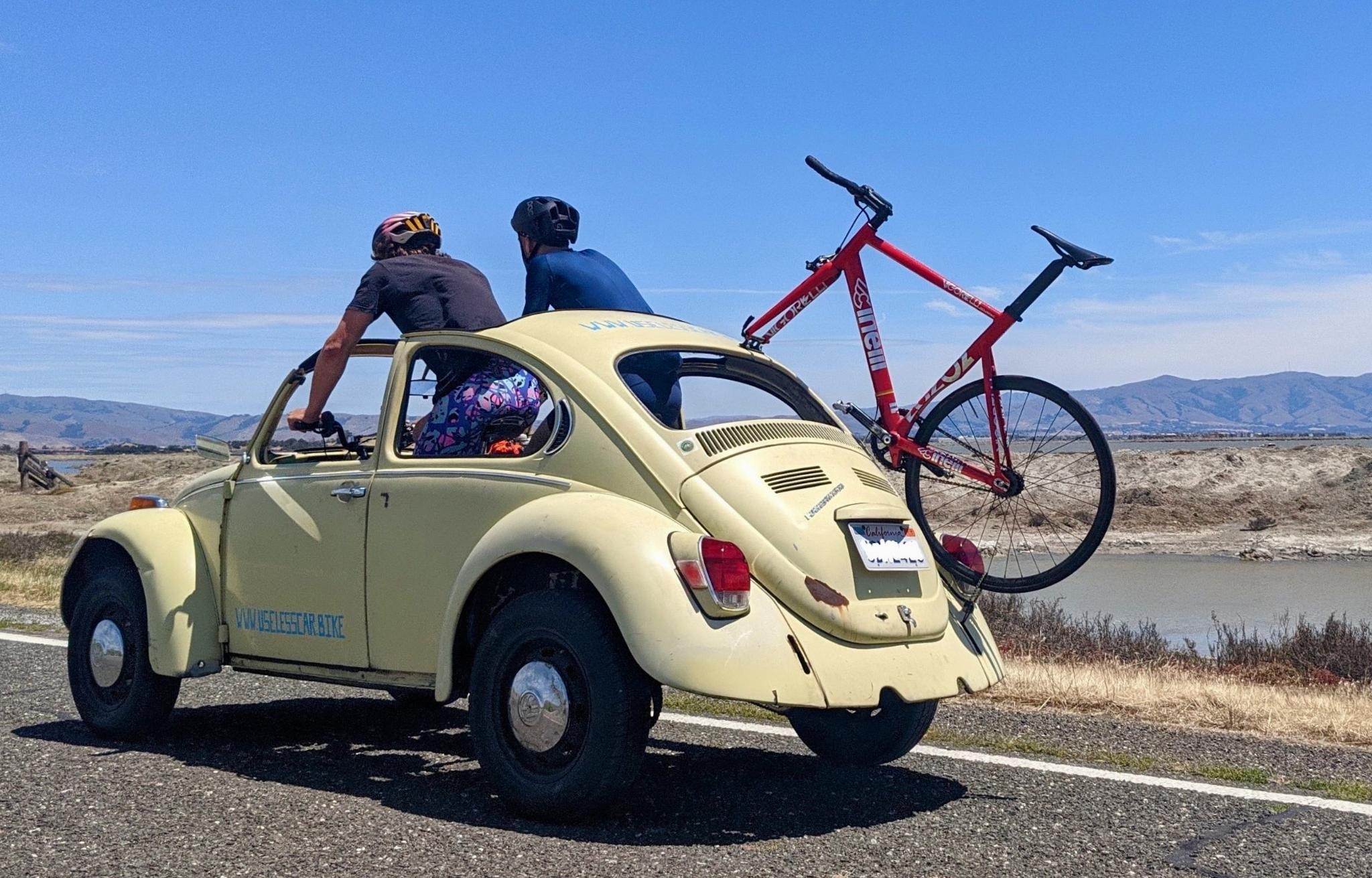 A 1971 VW bug converted to pedal power. No fossil fuel, no electricity, just human power. Both the driver and passenger can power the car by pedalling, but only the driver can steer and brake. The vehicle weighs about 850 lbs empty (about 1/4 the weight of an average modern car). It moves slowly.

I hope this project will get some people to think more critically about the emissions associated with driving personal cars. Modern cars are heavy and fast, and thus consume a lot of energy. Electric vehicles produce fewer emissions than fossil fuel vehicles, but they still require a lot of energy compared to other types of transport.

Our world is quickly becoming too hot. We are almost out of time to prevent irreversible damage to the planet and its inhabitants. The WHO states that Climate Change is the biggest health threat facing humanity, and "the people whose health is being harmed first and worst by the climate crisis are the people who contribute least to its causes, and who are least able to protect themselves and their families against it— people in low-income and disadvantaged countries and communities".

Many of us have the financial and societal means of choosing more efficient transport options, but don't. The goal of this project is to get more people to consider, use, and advocate for car alternatives. Bikes (electric or manual), buses, trains, walking, handcycles, horses, rowboats, ferries, subways, dirigibles, and many other forms of transport consume less energy per mile than personal cars. Individual action matters— live like your emissions matter, because they do.